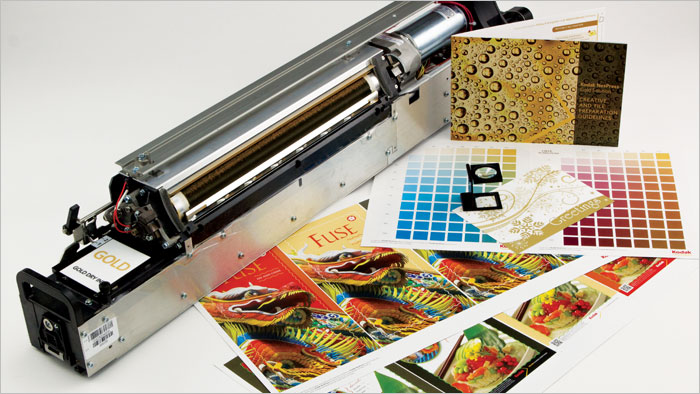 Gateway Visual Communications of Mississauga, Ontario, has enhanced its Kodak NexPress SX-2700 with an imaging unit to produce gold metallic. Back in June 2013, the company announced the installation of its new NexPress, which included the option for running an extended format up to 14 x 36 inches.

Gateway VC was founded as Gateway Reproductions in 1975 by Ross McConnell. In 1998, the company added interactive media to its offerings and in 2007 the company purchased a marketing services company by the name of Eristocrat Communications. From 2010, the company, comprised of these parts, began operations as Gateway Visual Communications.

The new gold metallic imaging unit, explains Gateway, can be added as a pure gold effect or layered on top of a colour to create a custom finish. The gold modifying layer can range from 20 to 100 percent density.